10th Meeting of the ICANN Studienkreis

Internet in Spain and Catalonia: Policy Plans and Market Perspectives for 2010

Spain overtakes the EU Presidency in January 2010. In the first session the national Spanish Internet policy and market development is presented by key players from the government and the private sector. There will be also presentations from the ccTLD .es and the gTLD .cat looking in particular into the political and cultural dimension of a so-called GEO-TLD.

The management of the .es Domain

The management of the .cat Domain

Antonio Elias Fusté, Member of the board of the Spanish National Regulatory Authority, Madrid

A Changing World in a Time of Economic Crisis: New Options for Enhanced Frameworks for Internet Governance?

The financial and economic crisis has challenged the understanding of global political and economic governance. The role of governments is reconsidered while new governance models are further explored. This session will look into the practical experiences which come from both ICANN and the IGF with regard to the multistakeholder model. What are the new options for ICANN, which come along with the termination of the Joint Project Agreement (JPA) and the new Affirmation of Commitments (AoC)? What is the future of the Internet Governance Forum (IGF) after its 4th meeting at Sharm el Sheikh? And what the ITU is planning for its next Plenipotentiary Conference scheduled for October 2010 in Mexico? High ranking representatives from various stakeholder groups will discuss options for an enhanced mechanism of institutional communication, coordination and collaboration (EC³).

Broadening Cyberspace I: New Strategies for the gTLD-Saga?

The process of introduction of new gTLDs is moving forward slowly. During the recent ICANN meeting in Seoul there was some confusion about the future of the process as a whole. New questions has been asked with regard to trademark protection, dispute resolution and security and stability of the root, On the other hand new proposals has been made to move forward via a gTLD Fast Track or differentiation by categorization. The session will look into the various options and discuss the next steps.

The queue for new gTLDs gets longer and longer. After ICANN decided in Seoul to open a small window for the presentation of an Expression of Interest (EoI), a number of concrete projects are preparing to move forward and to take the next hurdle on the way to new gTLDs. Some of the world known key projects will inform about their plans. Each candidate will have up to 8 minutes to present the proposal and to answer questions from the floor.

Throw-In: More than just a domain – strategies for growth Creating value beyond the domain: the mobile Web example

At its recent ICANN meeting the board decided to kick start the iDN ccTLD process? Within the next six months numerous new TLDs in Non-ASCII script will broaden the DNS. In the past the discussion was dominated by technical and political questions. This session will look into market opportunities for iDN ccTLDs in three “big languages”: Russian, Chinese, Arabic. Key experts from the national registries in Russia, China and Egypt will present their expectation.

Introduction & Moderation: Wolf Ludwig, Chair of the EURALO Board, Neuchâtel

Hong Xue, Institute for Internet Law at the University of Bejing

Next Generation Networks: How Safe and Secure is the Internet of Tomorrow?

After Kaminsky disclosed the weakness of the DNS, a new sensibility of the need to strengthen the security and stability of the Internet is growing. New applications are seen more than before also with regard to its implications for a stable and secure Internet. This session will have a more horizontal look into the various security implications of developments which are pushed forward individually but are interlinked like DNSSec, IPv6 new gTLDs and iDNs.

Regardless of the financial and economic crises: The Internet is further growing fast. It has now 1.6 billion users worldwide. With more and more mobile devices which are connected to the Internet and the perspective of an “Internet of Things” the question is whether we will see a further evolutionary development, or whether we reach a moment, where the Internet collapses and becomes more fragmented. What are the consequences for Internet Governance? With the ONS, do we move into a more federated and decentralized governance mechanism for the Network of the Future which is constituted by a number of “Internets”? 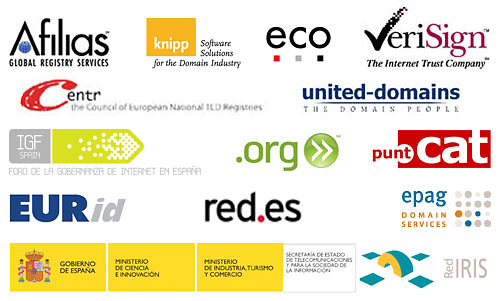 The 19th Meeting of the ICANN-Studienkreis took place on 7–8 October 2019 in Lisbon, Portugal.